Climate change is a fact: the 1983–2012 period was likely the warmest of the last 1400 years with a linear temperature increase trend of about 0.85 ⁰C.

The global annual mean concentration of CO2 in the atmosphere has increased by more than 40% since the start of the Industrial Revolution. Elevated atmospheric CO2 is absorbed by the oceans causing a pH reduction (ocean acidification).

pH has already declined by 0.1 units compared with pre-industrial times and a further reduction of 0.3–0.5 units is expected by 2100 according to the median IPCC emission scenarios.

Ocean acidification may act synergistically with increased temperature and other environmental stressors. Ocean acidification inhibits calcification rates or causes dissolution of the existing shell in shell-forming marine organisms such as molluscs.

Ocean acidification may also cause vulnerability to predation and changes to oxygen consumption, fitness capacity and homeostasis. 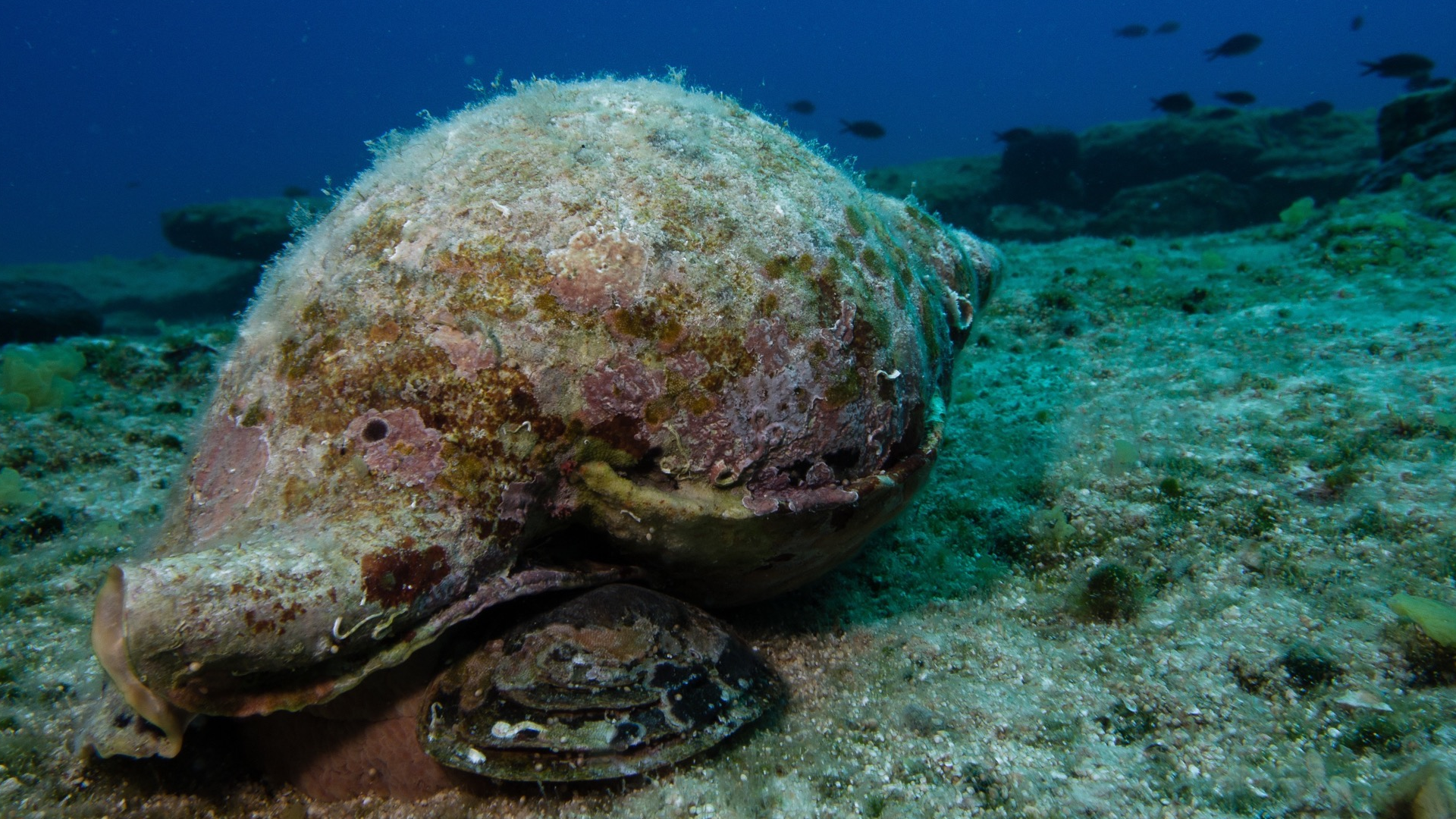 Anthropogenic activities, such as fossil fuel combustion and deforestation, are responsible for the increase of atmospheric carbon dioxide, which in turn is absorbed by the oceans causing changes in seawater carbonate chemistry. Ocean acidification (low pH) decreases the calcium carbonate saturation states in seawater, thus inhibiting calcification rates in shell-forming marine organisms. Elevated carbon dioxide may have additional sublethal impacts on organismal, developmental and physiological levels and as a result can significantly suppress the abundance and diversity of species.

Four different experimental treatments are planned during the ECCO Project using a combination of low or ambient pH and increased or ambient temperature in order to investigate the long-term synergistic effects of those two factors on marine gastropods. An integrated multi-disciplinary approach is used to investigate morphological, physiological, behavioral, chemical and molecular responses of a selected gastropod species on a complementary basis. A long term experiment (one year) is scheduled in order to investigate the direct and indirect effects of low pH and increased temperature and also to reveal possible adaptations of the organisms. The methodology will include scanning of calcified structures with a micro-computed tomograph (micro-CT), advanced analysis of 3D models, Confocal Raman Microscopy for CaCO3 polymorphs and real-time PCR gene expression analysis. 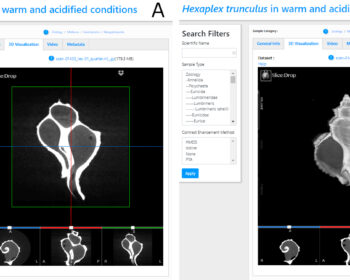 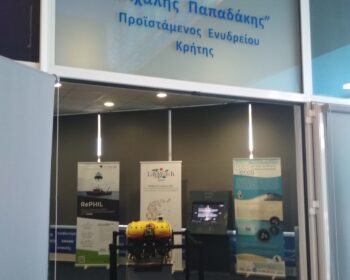 Check out: https://bdj.pensoft.net/article/71542/ Micro-computed tomography (micro-CT) is a high-resolution 3D-imaging technique which is now increasingly applied in biological studies focusing on taxonomy and functional morphology….

The ECCO Project was presented online on 7/9/2021 in ECSA 58 – EMECS 13 Conference “Estuaries and coastal seas in the Anthropocene – Structure, functions,… 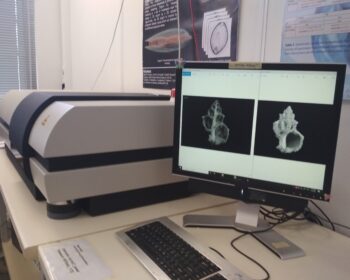 The micro-CT protocols for scanning and 3D analysis of Hexaplex trunculus adults, juveniles and egg capsules have been published under https://www.protocols.io and have also received… 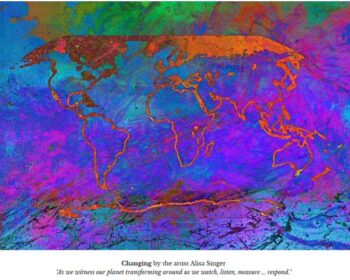 The 6th Assessment Report of the Intergovernmental Panel on Climate Change (IPCC) has been just released and can be downloaded here. A 39-page summary for… 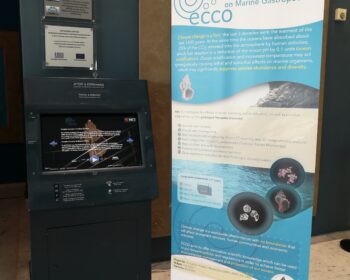 The ECCO Project is currently presented in an exhibition that takes place at Cretaquarium (Heraklion, Crete, Greece). An interactive touch screen has been set up… 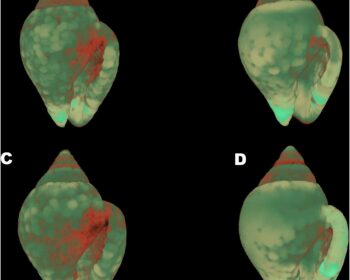 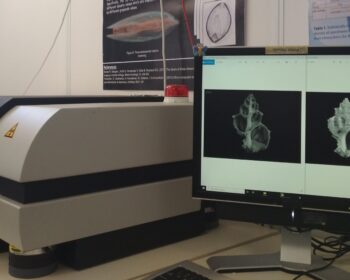 Dr Eva Chatzinikolaou has published an article in newspaper PATRIS “The global bet is to save the environment”. The effects of climate change and ocean… 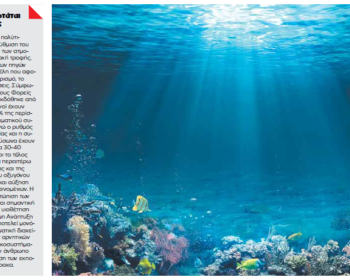 Climate change in the marine environment – Article in BHMA newspaper for the project ECCO by Dr Eva Chatzinikolaou. You can read the full article…